On Wednesday 14th February 2018, my uncle brought me the following Lego set. This spectacular Lego set is amazing especially if you have watched Star Wars: The Last Jedi. If you have not, I suggest you watch it because it is really amazing. Once you have finished building it, the finished product is mouth-watering. 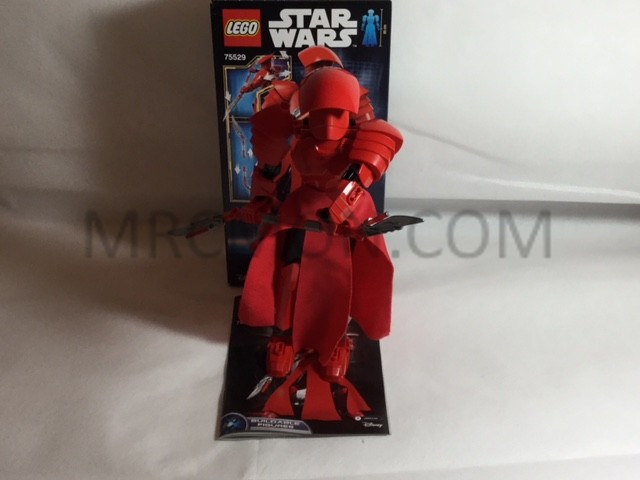 This guard guards Supreme Leader Snoke in the movie, they are deadly and dangerous. This Lego set is amazing as it can turn 1 long weapon into 2 short weapons. You can adjust the arms, the weapons, the leg and the feet. Also, at the back of the guard, it has a little feature that when moved left and right, it moves the arms left and right. The cape that goes around it is a material called felt, or even fuzzy felt!

On the box, it says ages 8-14 but I think it isn’t very hard so personally, I think it should be 7-14 because there aren’t many small pieces and most of the pieces are big; the manual isn’t very hard to understand except steps 27-29 which is putting the cape on.

Check Out My Lego Sets Brought And Built On The Same Day:

I write about new toys, books and video games.  I will give my honest opinions and advice.